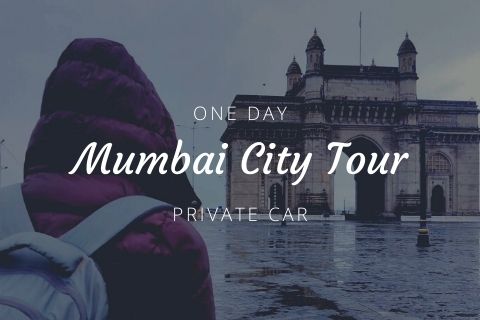 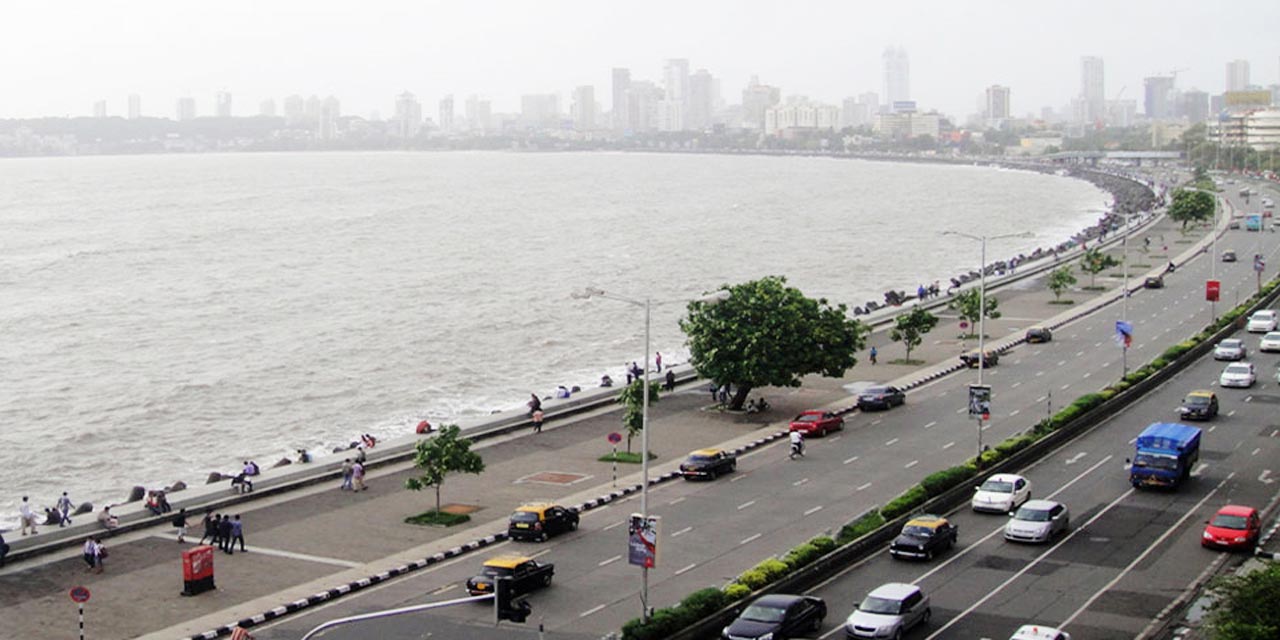 The iconic Marine Drive in Mumbai is a landmark in itself and needs no introduction. Being the face of Mumbai and Bollywood alike, it becomes a must visit place for everyone who is in the city. The 3.5-kilometre curved or C-shaped Boulevard with six laned road runs along the south coast of the city right from Nariman point to Girgaum Chowpatty.

What was once a quiet coastal promenade in the 20th Century, has now become the most bustling part of the city. Marine Drive is also called ‘Queen’s Necklace’ as the bird-eye view of the curved boulevard at night resembles a necklace due to the yellow lights lined along the curve.

Another prominent thing that goes unnoticed are the tetrapods lined along the entire length of the promenade. The tetrapods were imported from Australia in 1958. There are nearly 6,500 tetrapods at Marine Drive, each of that weighing two tonnes and cost upwards of INR 5000 each.

The reason these tetrapods were placed along the coast is to protect the promenade from being harmed by strong waves. The tetrapods absorb the energy of the waves and let the water flow around them avoiding direct contact against the promenade.

The Art Deco buildings of Marine Drive were given the status of UNESCO World Heritage, as a part of Victorian Gothic and Art Deco Ensembles of Mumbai.

The history of Marine Drive goes back to the 1860s with the idea of building a promenade by reclaiming more land by dredging the sea and dump stones to create land. This plan was abandoned after American Civil War took over soon after the great economic crash that crippled trades at the turn of the 19th Century.

The idea was once again taken up as an inspiration after the establishment of Cuffe Parade, a reclamation project that was completed by The Bombay City Improvement Trust. During 1919, when the Backbay reclamation scheme was conceived by the then administrators with an intention to decongest the city after the outbreak of plague, the project took shape with the push of private investors chipping in their money. The plan was to connect Nariman point and Malabar Hill through a promenade.

Out of 1500 acres of the original land that was under the plan of reclamation, Marine Drive currently is on a mere 17 acres of land. Rest of the land went under the dispute of wars and defective plans and military possession.

There is an inscription on a lamp post at Girgaum Chowpatty that states that the construction of Marine Drive had been initiated there and the place was originally called Kennedy Sea Face. It was named after Sir Michael Kavanagh Kennedy, Secretary of the Bombay Public Works Department and a General in the British Army.

The residential buildings around Marine Drive were financed by the who’s who of the city during the 1930s to 1940s. The residents of the area were mostly European and Indian elites. Soona Mahal, the building that is now home to the famous ‘Pizza By The Bay’ restaurant, was one of the posh residential buildings of the time built by a Parsi liquor businessman, Kawasji Fakirji Sidhwa who named his home after his grandmother, Soona Bai Kawasji Sidhwa.

Marine Drive has also been home to the Kuwaiti Royal family as they owned the Al-Sabah and Al-Jabreya Court buildings as their holiday homes. Apart from the Parsis, the owners of the majority of the buildings at Marine Drive were the wealthy Hindus who had migrated from Pakistan after the great partition of 1947.

There is much history associated with the hotels on Marine Drive too. The Sea Green Hotel used to be a residential apartment for the British Army officials during the Second World War. What used to earlier be an exclusive Europeans-only Bombay Club went on to become the famous ‘The Intercontinental’. Apparently, the old club was taken down and a hotel named ‘Natraj’ was built there, which had an ice-cream parlour (alleged to be Mumbai’s first ice-cream parlour) named Yankee Doodle.

The night life at Marine Drive apparently started thriving during the 1960s thereby becoming the epicentre of city’s nightlife because of its proximity to prominent restaurants, bars and jazz clubs.

The most interesting fact about the promenade is that the structure was made so sturdy that it did not need any repairs for 72 years. As a safety measure, a resurfacing project was conducted out of need in 2012 to check for potential damages if any.

Things to do at Marine Drive Mumbai

1. Art Deco Buildings: The art deco buildings run along one third of the stretch of the sea front. The art deco is a unique architectural style feature followed during the colonial times in what was then called Bombay and has prominence all over the city. The major chunk of art deco buildings in Mumbai are in Fort, Churchgate and Marine Drive.

Soona Mahal is the best preserved Art Deco building of Marine Drive which was built in 1937 and opened as a restaurant named ‘Talk of the Town’ in 1968, which is now famously known as ‘Pizza by the Bay’.

2. Experience Art and Culture at NCPA: The National Centre for Performing Arts (NCPA) in Mumbai is the country's premier institution dedicated to arts and culture and first of its kind in entire South Asia. The institution was inaugurated in 1969. One can book a play, dance show or live music show or even a film screening.

3. Chowpatty Beach and Street Food: Located at the northern end of Marine Drive and commonly called Girgaum Chowpatty, Chowpatty beach is famous for its line-up of local eateries and street food. The Chowpatty Beach is one of the oldest seafronts. One can also enjoy water sports on the beach.

4. Hanging Gardens: The hanging gardens are terraced gardens on top of Malabar Hill, and are also known as Pherozeshah Mehta Gardens. One gets a beautiful view of the entire Marine Drive and is the best place to watch sunsets from.

5. Taraporewala Aquarium: Maintained by the Department of Fisheries themselves, Taraporewala aquarium is India’s oldest aquarium and host to numerous marine and freshwater fishes. One must visit the aquarium while visiting Marine Drive. After it was re-opened in 2015 after undergoing a renovation, the aquarium started attracting more visitors.

The aquarium is named after famous Parsi philanthropist, DB Taraporewala, who had donated the entire amount required to build it in 1951.

6. Babulnath Temple: Babulnath Temple is an ancient temple dedicated to Lord Shiva and is visited by millions of devotees on the Mahashivratri festival day. The premise of the temple is quite peaceful. The deity is in the form of Lord of Babul tree and hence the name, Babulnath.

There aren’t any prohibitions on visiting hours as the promenade is accessible all day long as Marine Drive is an open location. One can sit for hours and the best recommended time to visit Marine Drive is at sunset.

Being an open location and built for the public, there is no entry fee.

How to Reach Marine Drive Mumbai

Being the major attraction of Mumbai, Marine Drive can be reached from all parts of the city with ease through all modes of transport. One can either travel by bus, local trains or taxis. Visitors can also rent cabs (Ola, Uber, etc.) to reach here. You can also book a private cab from top car rental companies in Mumbai for a comfortable ride during your Mumbai tour.

We at Mumbai Tourism, a division of Holidays DNA present our clients with all-inclusive Mumbai tour packages to make the most of your holiday. We also guide our customers with top tourist places to visit in Mumbai. What else do you need? Reach us out by filling the Contact Us form and we will get back to you.