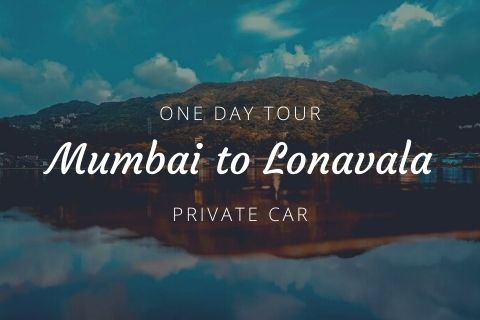 Elephanta Island is a UNESCO World Heritage Site and a popular tourist place in Mumbai, about 10 km from the mainland. It is also known as Gharapuri (meaning City of Caves) because of the rock-cut caves built on the island.

While some sculpted caves are dedicated to the Hindu God Shiva, others are Buddhist caves. The Great Cave – Cave 1, is in the best condition among others, and it has been a place of worship. Much of the other structures, artwork and inscriptions have been destroyed, but whatever remains of the caves is worth a visit.

On a bright sunny day, you can even gaze at the Mumbai skyline from the Elephanta Caves, Gharapuri Island.

The Elephanta Caves complex is cut from solid basalt rock over an area of around 60,000 sq. ft. There are seven caves on the island divided into two groups.

The first group of five caves have Hindu sculptures, out of which the Cave 1 is the most elaborate. Beautiful artwork covers the stone walls, and the cave has a pillared mandapa along with a large hall. The mandapa is the home to Shivalinga, and the hall consists of stone statues of Shiva in different forms.

The remaining four Hindu caves are rather small and damaged to much extent.

And the second group consists of two Buddhist caves, along with water tanks. The larger cave in this group has, what looks like, chambers for monks, a central shrine and a big hall.

Elephanta Island history is still a mystery. There are no known records about the creation of the caves. And local folks give the credit to non-humans and supernatural powers.

However, based on speculations and excavations, historians date the caves to be built anywhere between 5th century CE and 8th century CE.

Portuguese took control of the island in the 1500s and named it as Elephanta Island because of a huge elephant statue. That damaged statue today rests in the Jijamata Udyaan Mumbai. The caves also suffered serious damage during the Portuguese rule.

British Indian officials made efforts to preserve the ruins in 1909, and later during the 1970s, and the main cave was restored to its present form. The government mended other caves too.

Things to do at Elephanta Island

Among the Elephanta Island points of interest are the seven rock-cut caves. Of this collection, the group of five caves are on the western hill, which also has an old Portuguese cannon. The other two caves are on the eastern hill along with a ruined Buddhist stupa.

The Cave 1 is the largest in the complex and it has been kept as mint as it can be. Within the caves you’ll find many sculptures and mythological carvings. At the cave’s north entrance, the statues of Nataraja and Yogishvara will welcome you.

The entrance leads you into the large mandapa hall with various Shiva-related legends and the Shivalinga towards the west. On the wall, which faces the north entrance, is a huge sculpture of Trimurti – a three-headed Shiva. You’ll also find a sculpture of Ravananugraha, Mount Kailash, Ardhanarishvara, Gangadhara and the Wedding of Shiva among others.

Cave 2 and 3 are smaller than the first cave and each has a mandapa hall standing on pillars. The other two caves on Cannon Hill are in ruins today.

The Cave 6, which is on the Stupa Hill, is also known as the Sitabai Temple. It has a large hall with three chambers towards the end. The central one has a shrine. Next to this cave is the Cave 7 and then, a dry pond.

Elephanta Caves complex is open all throughout the year except on Mondays. You can take a ferry to Elephanta Island from Mumbai’s Gateway of India, and it takes around an hour of cruising in Arabian Sea to reach there.

The first ferry leaves the Gateway of India jetty at 9 AM, and the last return ferry, from Elephanta Island, is at 5:30 PM. You can buy the return tickets at the ticket counter in Gateway of India. Elephanta Island ferry price varies between ₹100 and ₹200 depending on the boats you board. And the ferries leave the jetty every half an hour.

Elephanta Island tickets cost ₹40 per person for Indians and the nationals of SAARC countries. Citizens of other countries have to pay ₹600. Along with the entry charges for the caves, you also have to pay an additional ₹10 to enter the village. From the jetty, you can get a toy train ride for extra ₹10 if you don’t want to hike all the way up the 120 steps to the entrance gate.

Apart from Elephanta Island entrance fee, the permission to use a video camera in the cave complex attracts another ₹25. Still photography, though, is free.

To explore the caves without any hassle, it’s best to take one of the first ferries to Elephanta Island, at around 9 AM. You can visit Elephanta Island at any time during the year except when the weather conditions aren’t favourable for the ferry services. They might shut down without any notice when it’s raining, or the sea waters are turbulent.

So, the best time would be between October and March when the temperature isn’t high, and the sky remains comparatively clear. Also, check your schedule for a visit in February, when the Elephanta Island festival is on. It’s a two-day cultural festival featuring regional music and dance programmes.

A visit to Elephanta Island consists of seven caves, a cannon, a ramshackle stupa, some expansive views of the coast and lots of walking. So, keep around two hours for the trip. The to-and-fro ferry rides will consume another two hours.

On a busy day or during weekends, you might also have to wait for half an hour on either of the jetties to board your ferry.

Things to keep in mind while visiting Elephanta Island

Now that you know everything about Elephanta Island, here are a few tips for a comfortable trip to the caves –

Places to visit near Elephanta Island

1. Gateway of India – Gateway of India is a stone arch built to mark the first official visit of King George V and Queen Mary to India in December 1911. Elephanta Island is located at a distance of about 10 km from Gateway of India, which is the starting point for the visit to the caves. It is among the popular tourist spots of Mumbai. The jetty here also has ferries for a ride in the waters of Mumbai.

2. The Asiatic Library – The Asiatic Society Library, aka Town Hall Library, is a part of the Royal Asiatic Society of Great Britain and Ireland. It is one of the oldest libraries of Mumbai and has many rare manuscripts, maps, artefacts, coins and other items. The library preserves the original manuscript of Dante’s Divine Comedy and many ancient manuscripts written in Persian, Sanskrit and Prakrit. It is about 2 km away from the Gateway of India jetty.

3. Flora Fountain – Flora is the Roman Goddess of Flowers, and this fountain is an architectural landmark with a sculpture of the flower goddess at the top. It is among the popular heritage structures of India, and the place around has many renowned Victorian-era buildings. Flora Fountain is near Churchgate, about 2 km away from Gateway of India. It stands at the same place where Mumbai city’s “Church Gate” stood during the British era.

4. Churchgate Area – Churchgate is the business district of Mumbai. Branches of many national and international businesses, banks and educational institutions are there. Churchgate also has many tourist spots, food joints and shopping destinations in its vicinity. From international food chains to local restaurants and branded showrooms to budget street shops, it has them all. The Churchgate area is about 2 km from Gateway of India.

5. Marine Drive – Marine Drive is the popular sea-facing promenade, about 3 km from the ferry point at Gateway of India. It is a must-visit tourist spot of Mumbai, which is also the hangout point for the locals. People visit this place to watch the sunset or walk along feeling the breeze from the Arabian Sea. The view of Marine Drive at night is spectacular, and it has been nicknamed the Queen’s Necklace because of that view.

How to reach Elephanta Island in Mumbai?

Elephanta Island Caves are on the Arabian Sea, and you can get a ferry from Gateway of India to reach the island. It is a prominent location of Mumbai and has easy access through state-run buses and local trains. Churchgate is the nearest station. You can also hail a cab from top car rental companies in Mumbai or take an auto from anywhere in Mumbai to go to Elephanta Caves.

And here are the ways to go to Mumbai –

By Road – Mumbai is connected to other parts of India through a well-maintained network of roads. You can take a bus from the neighbourhood cities like Pune and Nashik or book a cab to take you to Mumbai.

By Rail – As Mumbai is a metropolitan city and the economic capital of India, you will find trains to reach Mumbai from any part of the country. Chhatrapati Shivaji Terminus and Mumbai Central are the main railway stations here.

By Air – Chhatrapati Shivaji International Airport connects Mumbai to other countries around the world. You can find a flight to Mumbai from most of the countries including Australia, Dubai and Singapore. Daily flights from many Indian cities are available too.

To ensure a great holiday experience in Mumbai, we at Mumbai Tourism, a division of Holidays DNA have designed Mumbai Tour packages that you can choose from depending on your budget and preferences. We ensure you have a great time on your Mumbai tour and take back memories that you will cherish for a lifetime. Do fill the Contact Us form for further details.